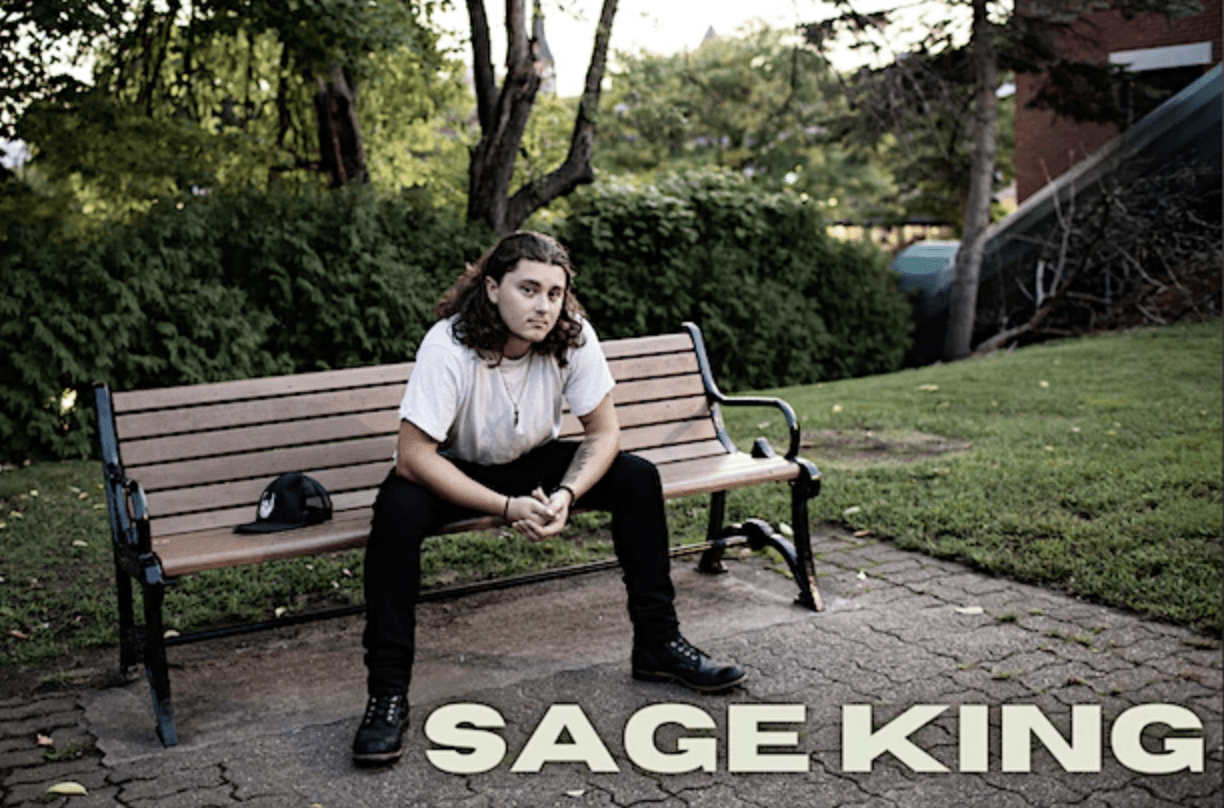 iHeartRadio Award winning artist, Sage King, was born to entertain. His roots come from Rock N’ Roll, but his songwriting has developed into a wide variety of styles.

“A little about myself; I like guitars, whiskey, BBQ, and putting on a good record! I grew up in Enfield, CT and cut my teeth in nearly every bar within a 25 mile radius since I was 13 years old.”

Now into his mid 20s and over 1000 shows under his belt, Sage King has found his stride and he shows no signs of slowing down. Having released 2 independent EPs, he is working on putting songs together for his first full length record. He has also fronted the band Hivebane since 2017 and they are releasing their debut album “COLLIDER” on March 31st 2023.

In 2020 his song “Lay Down Your Guns” won him a nationwide battle of the bands put on by iHeartRadio and sponsored by Jack Daniels Tennessee Whiskey. He was awarded a grand cash prize and was flown to St. Paul, Minnesota to share the stage with Walker Hayes, Parmalee, and Mitchell Tenpenny for FanJam 2022.