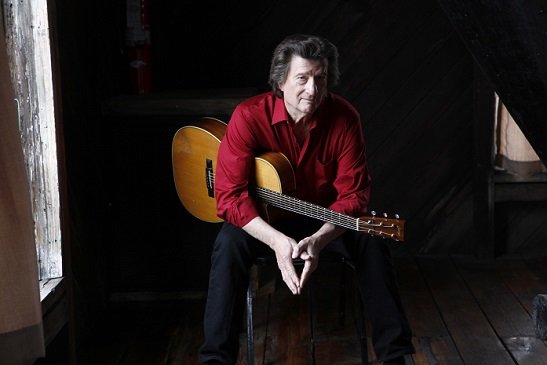 Out of an abundance of caution, the Chris Smither show scheduled for January 22nd at Gateway City Arts in Holyoke has been postponed to Saturday, February 26th.  All tickets will be honored for the new date.  If you have any questions or concerns or can’t make the rescheduled date, please contact us at info@dspshows.com

More From The Levee is the 18th album from iconic bluesman Chris Smither. Deemed one of the absolute best singer songwriters in the world (Associated Press), the album is a brilliant continuation of Smithers 50 year retrospective album, Still On The Levee(2014). Reconnecting with his roots, Smither recorded the career spanning double album in New Orleans at the fabled Music Shed. What resulted were 24 fresh reimagined takes from Smithers vast career with help from some very special guests including the legendary Allen Toussaint and Loudon Wainwright III. With his fingers as supple as his voice, Smither effortlessly delivered the other half of his signature sound on Still on the Levee: the back porch feel of intricate acoustic blues picking accompanied by his own boot heel on wood rhythms.

Two weeks with longtime right hand man and producer David Goodrich at the helm of the sessions resulted in an over abundance of songs in the can. More From The Levee contains ten of these extra gems including fan favorites Drive You Home Again, Caveman, and a brand new Smither original titled What I Do.

Fans from around the world continue to fill concert venue after concert venue eager for the galvanizing ride of a Chris Smither concert. Reviewers including the Associated Press, NPR, MOJO, and The New York Times agree that Chris remains a significant songwriter and an electrifying guitarist as he draws deeply from folk and blues, modern poets and philosophers. More From The Levee continues to showcase Chris Smithers extraordinary effect; that strength compounds strength, leaving the listener feeling touched by grace, or an almost otherworldly wisdom.