A Personal Letter From Vitek 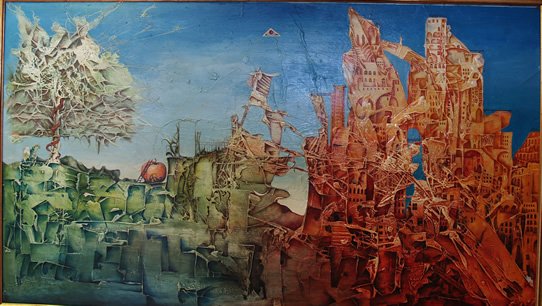 In the last post Lori sent out her personal message to all of you and I share every word she said. I also want to express my deep appreciation and thanks for your support, for joining us on one of the most incredible journeys of my life and for being a huge inspiration and motivation to keep us moving forward as much as possible in these times.

I want to share one of the highlights for me of our 9 years at GCA out of many that had lots of personal meaning to me. It completed a full circle of one critical lifetime experience.

One day a few months ago I was reading through my emails and saw an announcement that Adrian Belew and his Power Trio were coming to the Valley to play. I jumped from my chair and screamed OMG I have to get a ticket ASAP!!! I kept reading the announcement only to realize Adrian and his Trio were actually coming to play at GCA! I was shocked, happy, surprised, nervous and also proud that one of my lifetime favorite musicians was coming to a place that I helped create. I was listening to Adrians’ music my whole life. His presence suddenly brought up an avalanche of many memories some of them difficult and painful and some of them full of inspiration, joy and hope. 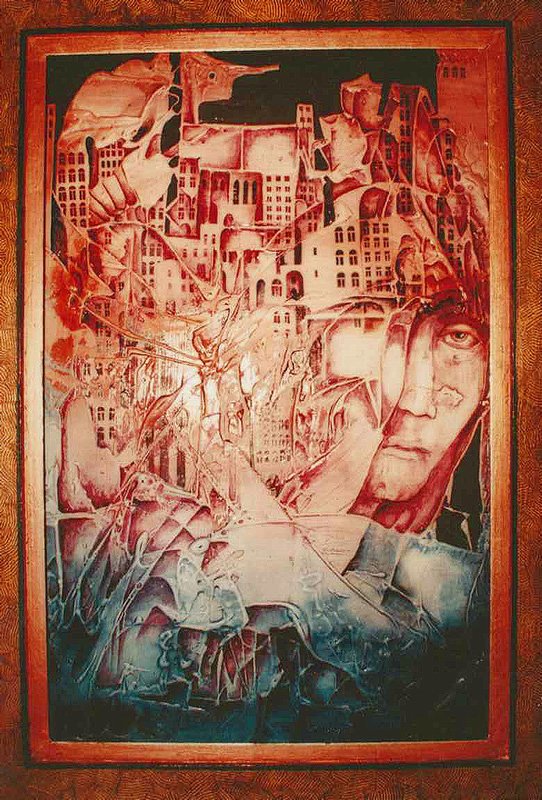 In order for you to understand the importance of this, I need to give you some background of my life.

In 1977-81 I was still living in Prague, (Czechoslovakia) where I grew up. The Communist dictatorship was at its peak of complete corruption and ridiculousness. The President and the Communist Party was so detached from reality that they had their own stores and recreational resorts. They believed that communism was achieving the best living conditions and happiness on the planet, while the public stores were empty, the hospitals had no medical equipment and everything that was not attached with chains and bolts was stolen by desperate citizens. The one and only channel on National TV was showing fabricated and staged wonders and achievements of the Communist regime. Art and music was censored and heavily controlled by the bureau of the Communist Party. Only forms of art promoting the ideology and perpetuating the lies and illusions created over three generations of people through massive brainwashing propaganda was allowed.

1977 was the year of the Declaration of Chart 77, a pamphlet crafted by many intellectuals, teachers, artists, actors, writers, doctors, clergy, underground movement leaders and thousands of like minded citizens. These were people who were prepared to suffer the consequences of signing this document in protest against the practices of the regime. With their signature, they declared their alliance with the protesters against the dictatorship. In return, the Communist Secret Police took the list and went after every person on that list to destroy their former lives. The government published an Anti Charter 77 pamphlet and forced citizens to sign it -to declare the protesters terrorists and the enemies of the Communist Regime. Many more people lost their careers, jobs and their children were stripped of their future education and opportunities.

I was 12 years old when I started to realize that my friends parents and their friends and my father and his friends were already involved in the Underground Movement. By the time I was 14, I was part of a very active group of artists, musicians and movers and shakers. We started a band that was later one of the most iconic bands of the Underground culture and the next thing you knew we were in the middle of the persecution, mass arrests, kicked out of schools and being blacklisted by the Communist government. Life for me and many others became one giant surreal Kafkaesk and dystopian experience most of you know only from movies.

OK- how does Adrian Belew fit into all of this?

I was able to make it into an art school and my main focus was painting, murals, decorative historic design, restoration and set design. During those days I was listening mainly to King Crimson and Pink Floyd. Yes and all the psychedelic music I could get my hands on at that time. Surrealist art and anything out of the ordinary was classified by the Communist regime as decadent and imperialistic and therefore against the ideals of the happy Communist vision of the world. Can you imagine rock n’roll was illegal and anti-communist? Music for us at that time was not just entertainment- it was a protest, A fight for freedom of expression and human rights. King Crimson was my lifeline. 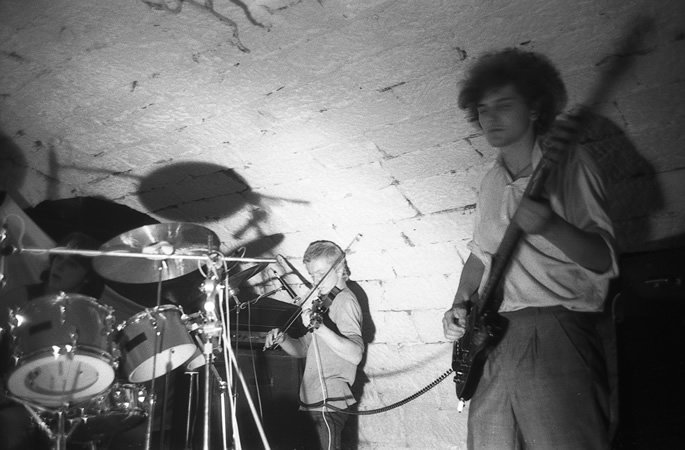 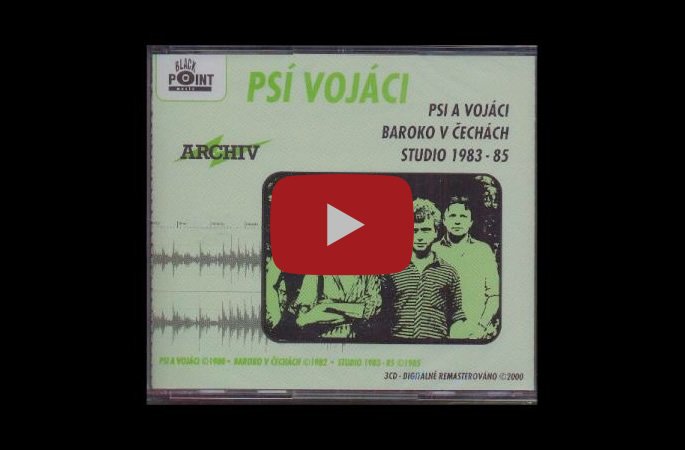 During the legendary Underground Concert with Psi Vojaci, playing a 45 minute composition called (“Baroko v Cechach”). The Baroque in Czechia. Shortly before exile. The recording during the concert was interrupted and later completed after my escape with new band members. 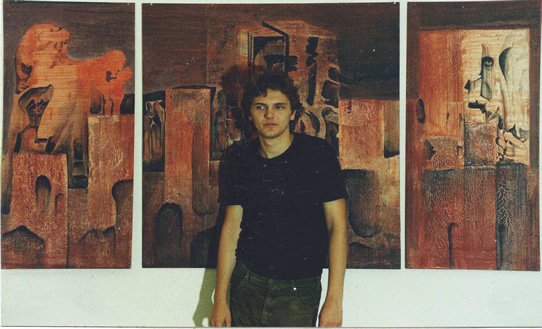 My art became that freedom. I was willing to suffer for and stand by it as a basic human right of self expression. I was painting dozens of paintings that I could only showcase in secret in the basements of friends houses or remote forests just like most of my artist colleges at that time. Arrests and confiscation of your possessions were happening on a daily basis in those days.

Speaking to the power of music, King Crimson’s music became my role model for challenging the established, the norm and the official trends. I was inspired and encouraged to continue on my path to art and creative endeavors. I was devastated when I discovered my favorite band of all times was not playing anymore. To make this story shorter, the time had come where I had to choose to end up either in political prison or escape my country. I was 19 years old. I chose to escape and gave my friends who were left behind the opportunity to blame all the underground organizing on me after I was gone.

When I arrived in Nuremberg, West Germany, I met with my friend and art schoolmate who also escaped and lived with his parents there. On the way to his home I saw big posters all over town that King Crimson in concert was coming to Zeppelin Feld Stadium. I couldn’t think of anything else but to go to that concert. It did not matter at that time that I had left everything behind. I had escaped in a tourist bus that took me out of Czechoslovakia with only my passport in my pocket- not knowing what would happen when I got to the refugee camp. My friend and I went to the concert and I couldn’t believe I was in front of the big stage watching King Crimson. They had restarted their journey and were joined by Adrian Belew. Being at this concert at this time was my ultimate escape and my way of coping with the situation. King Crimson has remained my most listened to and favorite band of all time. Their music became part of me and every single note vibrates through my body and soul keeping me connected to that past and the drive to create and survive. That’s crazy right? 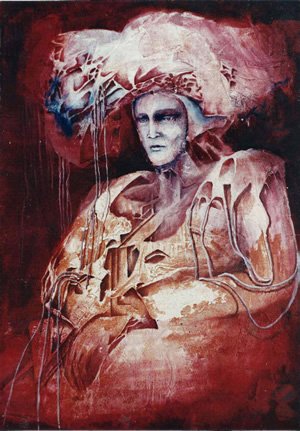 When Lori and I decided to create Gateway City Arts I was excited to have the opportunity to co-create a place that can inspire, teach, provide experiences, foster creativity, art and music. It is the ultimate victory in my personal journey that started with the idea that art can only be limited to a form of propaganda, to support one and only one ideology and system.

In my mind being able to have a place like GCA is a testimony to the freedom that I was fighting for my all life. A testimony that we still can create and all of us can be part of and enjoy a place like GCA. A place where anyone can be inspired, that true freedom is in the ability to dream, visualize, create and manifest. It allows us to have continuous choices and varieties of expression and possibilities where we learn who we are and who we want to be.

When Adrian Belew came to GCA to play, he and I walked through the GCA building and talked about all this and about art, music, painting etc. We hugged, we bowed in front of each other and we moved on. I jokingly said if GCA goes out of business tomorrow, the 9 years of all the work, blood sweat and tears were worth it for this one lifetime encounter that completed one chapter for me of this bizarre journey.

Due to Covid-19, GCA closed in hibernation just four months after Adrian Belew’s concert. I hope that we will make it through this time and continue to provide a space and experiences that perhaps will stick with and inspire you all for the rest of your lives. Art, music, imagination and freedom of expression are vital to our health, quality of life and are basic human rights. Thank you for taking your time to read this to the end.

Yours,
Vitek Kruta
Co-Creator of GCA